Quotes celebrating hunters as the true conservationists which they are. 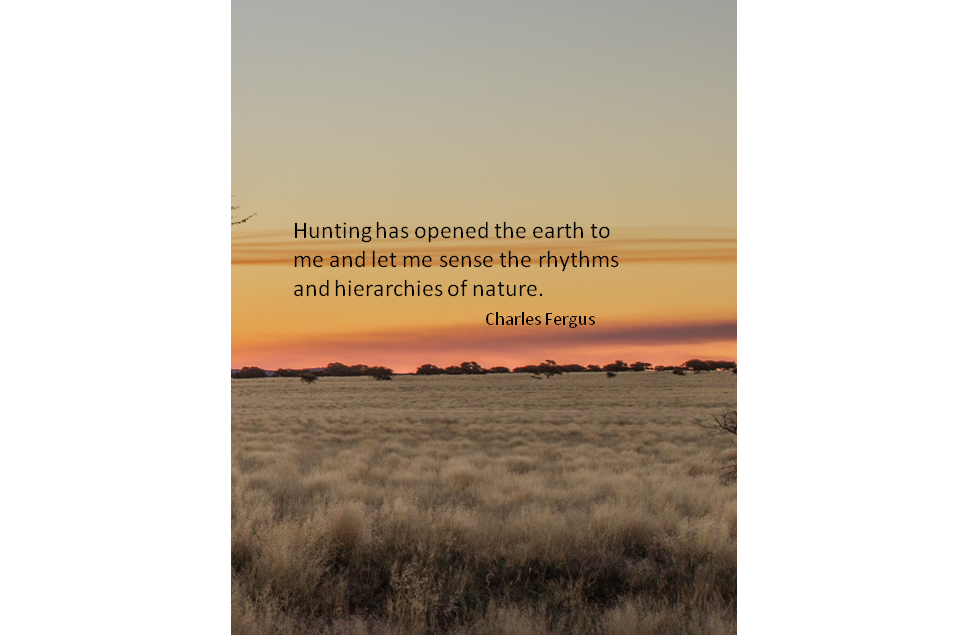 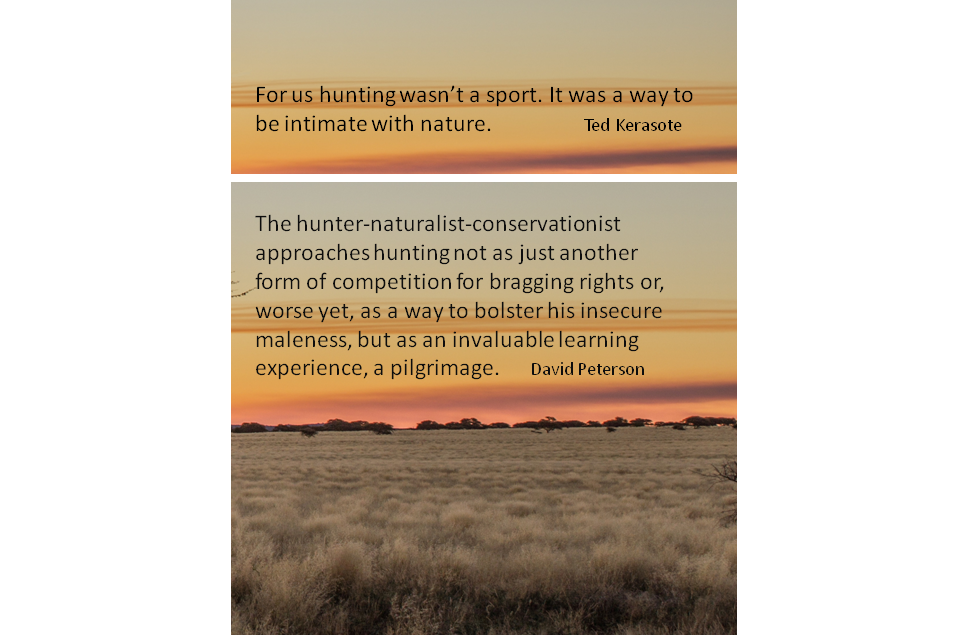 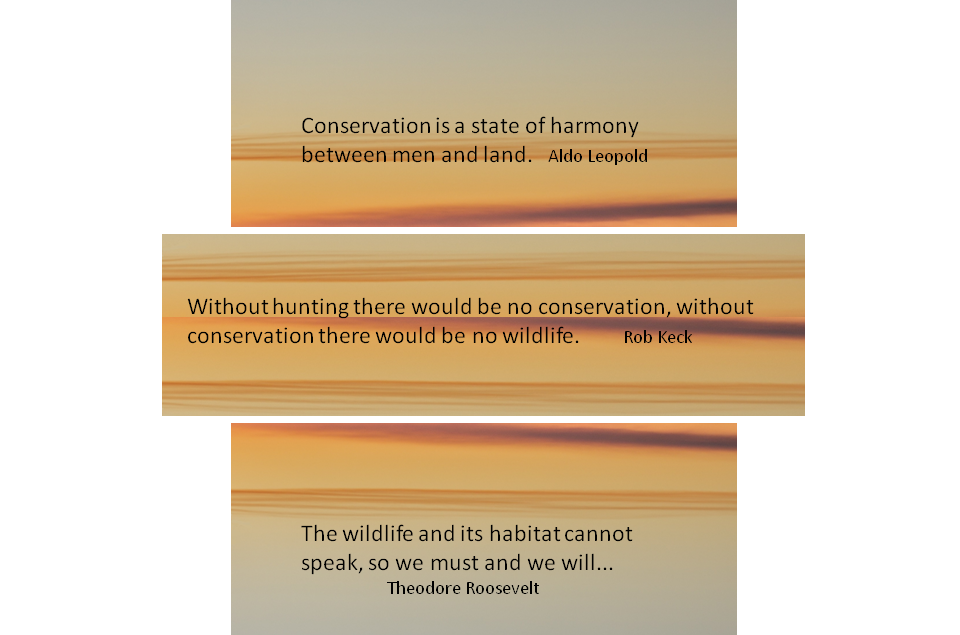 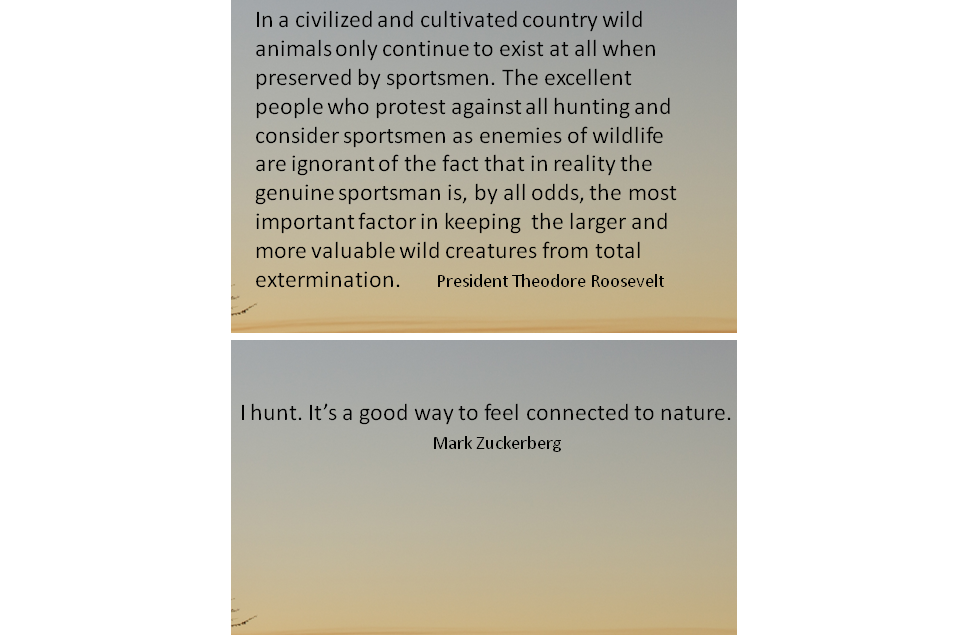 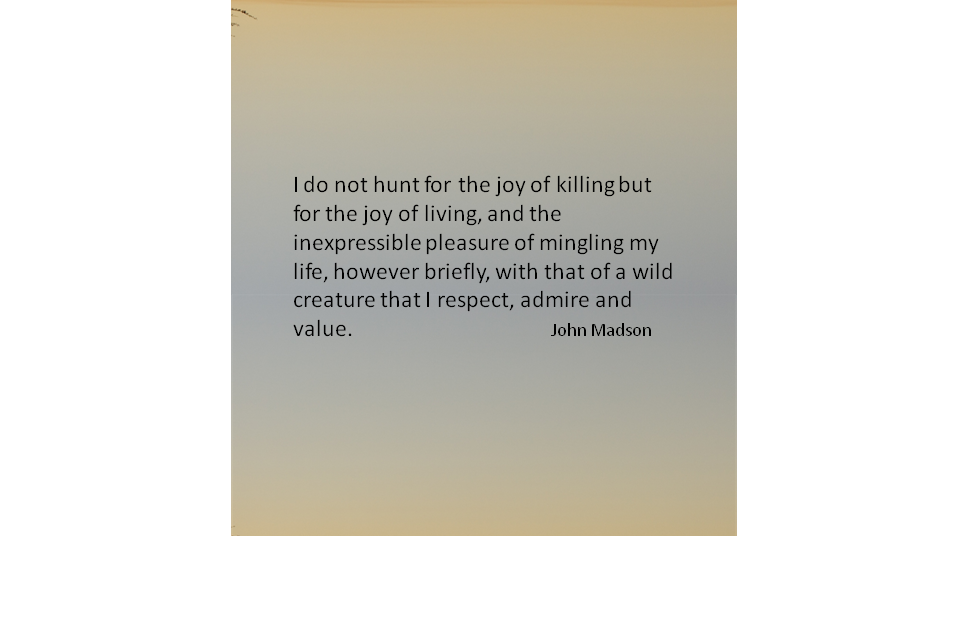 IN PRAISE OF HUNTERS, THE ORIGINAL CONSERVATIONISTS

We as hunters are a very misunderstood group of true conservationists that have gone far and above other groups in good actions to save our natural resources.

Before there was a sign waving environmental front calling for environmental protection in the 1970s, there were hunters, fisherman, trappers and campers that led the way to protect our wild America.

Our 26th president Theodore Roosevelt was a great outdoorsman of the time, and he delighted in hunting many game species across the United States and overseas. He was a highly intelligent man, who was disgusted with the blatant destruction of our natural resources.